Stephanie Frappart made history a few weeks ago. She and the referee’s team became the first women to officiate a major men’s European match: The European Super Cup final.

If you watched the game, you probably agree with me that it was intense and fluid. Stephanie resolved each millimetric offside, penalty or disallowed goal with calmness and gravitas.

After the game Jurgen Klopp, the manager of the super winning Liverpool, declared:

“I told the ref team after the game that if we would have played like they whistled, we would have won 6-0,”  “That was my absolute opinion. They played a brilliant game.”

“This wasn’t just an experiment or a decision motivated by political correctness.” “Stéphanie has proved over a number of years that she is one of the best female referees, not just in Europe but across the world.”

Voilà ! Although it’d have been better if Rosetti’s declaration had said: “the best referees” (without gender), I believe that these opinions are setting the tone in the number-one sport.

In nutrition and international development, we often say that men are part of the solution to overcome gender inequalities. However, when we have to be more concrete, we tend to detach ourselves from the problem and talk about our programs instead. “In Africa, fathers participate in focus groups… in Asia, adolescent boys are engaged in nutrition programs so that they don’t become a barrier to girls’ programs”, we say.

Although these numbers may be disappointing in terms of the gender gap, I believe that they are telling a more important and optimistic story: women are getting closer to achieving critical mass for influence. In physics, critical mass is the amount of material needed to initiate and sustain nuclear division, which in turn releases a large amount of energy. You get the picture.🤓

In 2013, a study applying critical mass theory concluded that when female representation in boards reaches 30%, women start engaging in more discussion and debate in high-risk strategic board decisions. Before that threshold, we are less confident and tend to vote with the majority.

Throughout my career, I’ve worked with many (self-identified) men who had seen in me a peer and a leader -even before I realized it. We’ve made strategies, reached objectives, worried because a grant was not renewed, and shared memorable conversations over a beer. Those allies have shown me that they are beyond political correctness and are willing to introduce asymmetry with their behaviour and policies, leading the way in gender equality. Thank you! Your efforts are not given for granted, but your voice needs to be louder.

Closing the gender gap in global nutrition and health leadership is not only about meeting the 50-50 targets; it’s about working together to ensure that those spaces allow women to have more meaningful participation. 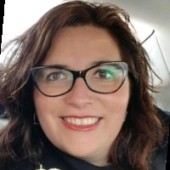 Geek out! Fresh from pubmed

Send us an email